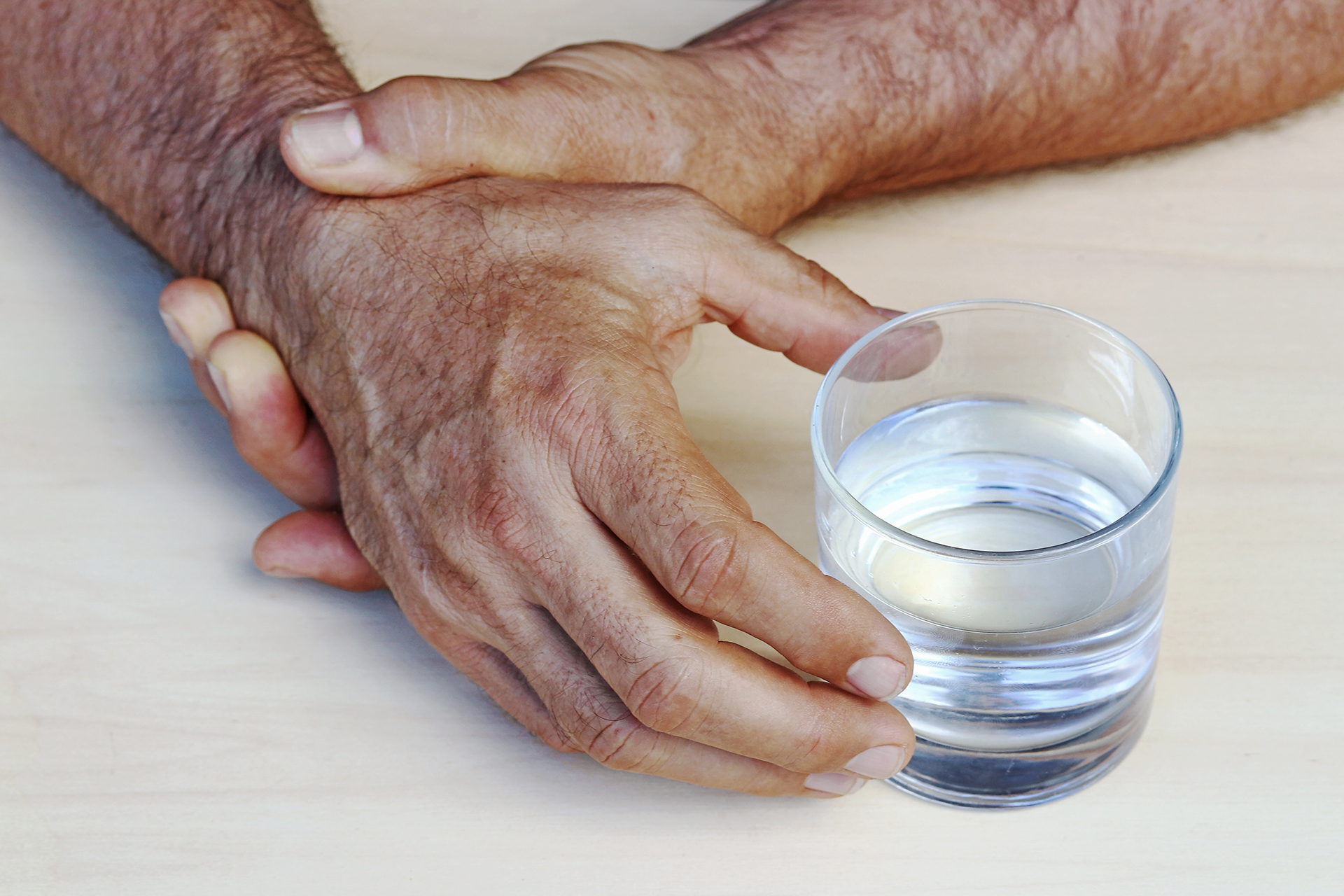 Estimated to affect approximately 6.2 million individuals worldwide, Parkinson’s disease is the second most common aging-related neurodegenerative disorder, after dementia (1). It is a progressive chronic disorder most frequently found in adults over the age of 50 and is 1.5 times more likely to be seen in men compared to women (2). April is globally commemorated as Parkinson’s awareness month and the red tulip fringed with white has become the official symbol of this disease. In this newsletter, Qatar Biomedical Research Institute (QBRI) researchers discuss features and risk factors of Parkinson’s, in addition to highlighting the contribution of QBRI towards advancing our understanding and improving the diagnosis of the disease.

What is Parkinson’s disease?

Parkinson’s disease is also often referred to as a “synucleinopathy” which is an umbrella term used for diseases that are classified by an abnormal accumulation of the protein “alpha-synuclein” in nerve cells forming protein aggregates known as inclusion bodies or “Lewy bodies”. Other synucleinopathies include Lewy body dementia (LBD) and Multiple system atrophy (MSA).

Although the cause of the disease is not yet fully understood, what is known so far is that it is characterized by a substantial loss in a particular type of neuron called “dopaminergic neurons” in the substantia nigra, a part of the brain known to be involved with body motor control. Death of these neurons results in low levels of dopamine and in turn degraded motor control, which is observed in Parkinson’s patients at their late stages during which more than half of the neurons are lost.  The reason behind this degeneration has yet to be pinpointed, however, a few possible causative factors have been identified and are currently being studied. These include environmental, genetic, and epigenetic factors that have shown to be risk factors for developing Parkinson’sD (3).

First described by Dr. James Parkinson in 1817, there are four cardinal symptoms that characterize Parkinson’s: tremors, muscle rigidity, bradykinesia (slowness of movement), and postural instability (4). Although the symptoms largely consist of movement-related symptoms, patients also experience non-motor symptoms such as sleep disturbances, cognitive impairment, psychosis, and gastrointestinal issues. It should be noted however that not every patient will experience all symptoms, as they vary from individual to individual in terms of both intensity and disease progression.

To date, there is no definitive test that can be conducted to determine whether a patient has Parkinson’s or not. The current basis of diagnosis is usually a clinical assessment aided by a detailed clinical history and imaging, which is mostly done for differential diagnosis to rule out other neuro-related disorders with similar symptoms. Clinical imaging tools used may include magnetic resonance imaging (MRI), computational tomography (CT scans), and positron emission tomography (PET scans), which reveal any structural and functional defects in the brain that indicate Parkinson’s or rule out conditions that mimic it. A more recently used Food and Drug Administration-approved imaging technique is DaTscan, which measures the levels of dopamine transporter activity in the brain (5).

The only treatment available for the disease is symptom-relief medications, with the most common being Levodopa (L-Dopa), a drug that increases the levels of dopamine in the brain. A positive response to L-Dopa treatment is also used as an indication for the correct diagnosis of Parkinson’s (3). Other therapies used are physical, occupational, and speech therapy to improve gait, motor, and speech skills. Some patients benefit from a surgical option of deep brain stimulation, which involves the implantation of electrodes in the brain and helps reduce motor-related symptoms (3). This option however is only considered for patients in the early stage of the disease with no significant cognitive impairment and less severe motor dysfunction.

Age is the strongest risk factor for the disease, and about one to three percent of people worldwide over 60 years are affected by Parkinson’s. Moreover, men are more likely to develop it than women (6,7).

Other risk factors include genetics and exposure to toxins. Epidemiological studies found an increased risk of Parkinson’s associated with exposure to environmental toxins, such as pesticides, solvents, and metals (8).

In addition to the known risk factors, such as age, genetics, gender, and exposure to certain toxins, there is growing evidence suggesting new possible risk factors such as type 2 diabetes mellitus (T2DM).

A meta-analysis of observational and genetic data, published in March 2021 in the prestigious journal Movement Disorders, has reported convincing evidence for the association between T2DM and Parkinson’s and the progression of the pathology (9).

This study showed that T2DM increases the odds of developing Parkinson’s by 21 percent. The study provides strong support for the association of T2DM with Parkinson’s-related worsening of motor functions and cognitive decline.

More research is needed to establish the involvement of different risk factors in the progression of Parkinson’s and whether adopting a healthier lifestyle may reduce the risk of the disease.

Research at the Neurological Disorders Research Center (NDRC) at QBRI has paved a solid path in understanding neurological and neurodegenerative disorders such as Parkinson’s and dementia with Lewy bodies. The research team led by Dr. Omar El-Agnaf, Executive Director at QBRI, primarily focuses on providing a better understanding of Parkinson’s disease progression, development of novel potential diagnostic and therapeutic tools, and biomarkers discovery. The team is involved in developing novel antibodies and immunoassays targeting Parkinson’s pathology and using these new tools to discover disease markers that can potentially allow early detection of the disease. Towards the same goal, the NDRC has created a portfolio of antibodies and assays, protected under the QABY Biotech, a registered trademark with Qatar Foundation, that has attracted international interest from both research and industry.  Much of this work has been highlighted in high-ranking scientific journals (10, 11, 12, 13) and presented at international meetings, resulting in diverse collaborations with national and international entities, such as the pharmaceutical companies, Lundbeck and AFFiRiS, for validation of the developed in-house immunoassays in preclinical and clinical studies.

Other major projects within the research team are aimed at uncovering the important association between T2DM and dementia. The ongoing research projects align with QBRI’s mission in supporting translational biomedical research addressing national and global health challenges. As such, this provides better diagnostic and therapeutic strategies for challenging human diseases such as Parkinson’s and to eventually develop the field of personalized medicine.