Maté or Energy Drinks: Are There Health Consequences? 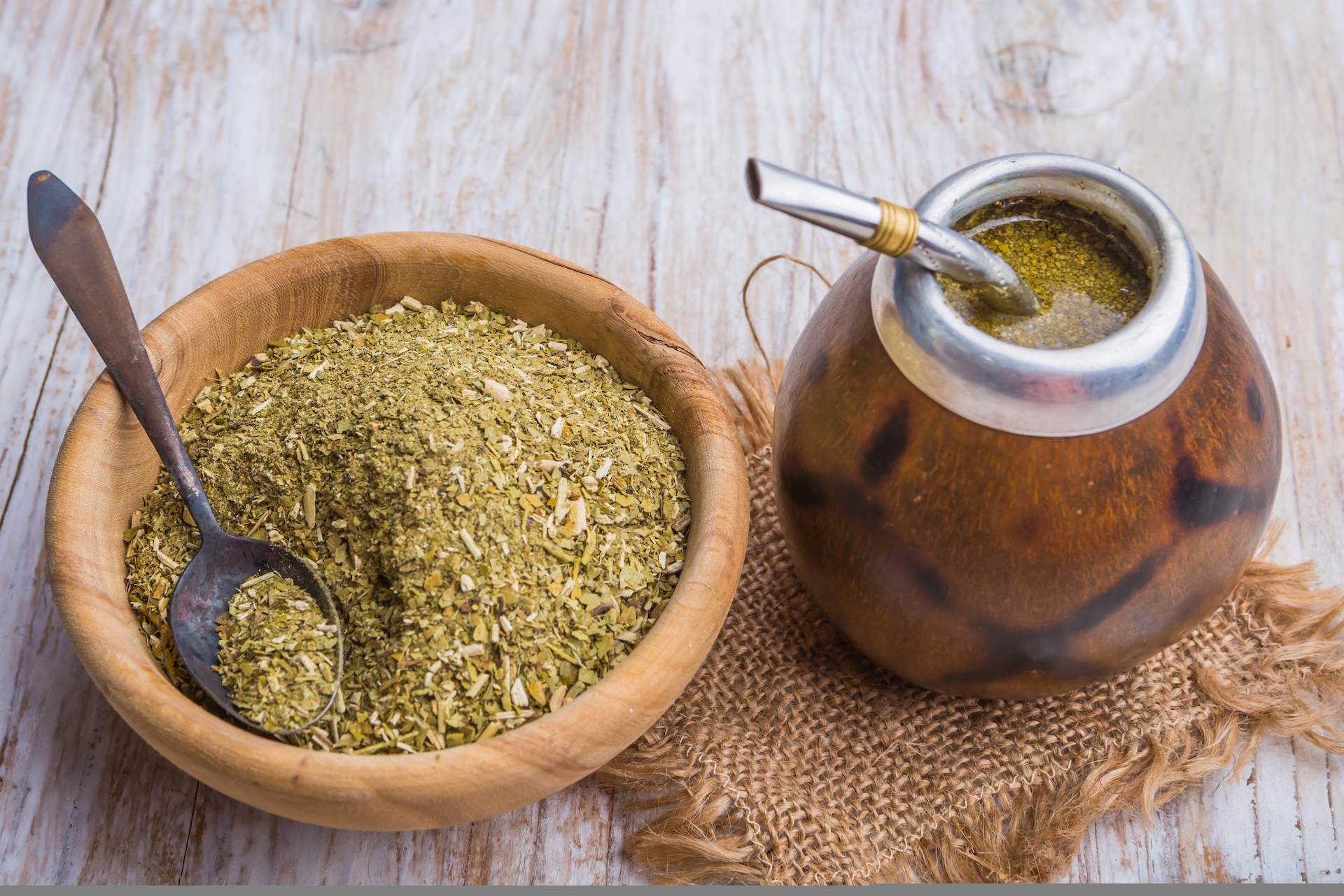 Maté or Energy Drinks: Are There Health Consequences?

An herbal tea called maté is growing in popularity thanks in part to football superstars like Lionel Messi, Antoine Griezmann, Neymar, and Harry Kane. The sight of the footballers arriving for matches sipping from their iconic maté gourds continues to prompt interest in the tea’s health benefits – especially its stimulating and antioxidant effects.

How do maté drinks fare against their popular counterparts such as commercially sold energy drinks? And where does their growing appeal come from?

Yerba maté, also spelled mate (pronounced as mah-tay), is the name of the South American tea brewed from the dried and processed leaves (Mate folium) of the Ilex paraguariensis plant, grown commercially only in small regions of Argentina, Paraguay, and Brazil.

Producing mate involves a combination of steps involving roasting the fresh leaves and stems at a high temperature of 500 °C, maturation, and sieving. The tea is normally prepared by infusing the processed leaves in water at a temperature of 65-80 °C for a few minutes. It is then sipped from a hollow gourd using a stainless steel “filter” straw known as a bombilla.

Mate is already popular in countries like Syria and parts of Lebanon. Now gaining traction all over the world, human consumption was actually recorded as early as the 16th century. It was first cultivated and consumed by the Guarani indigenous people who inhabited parts of present-day Paraguay, Argentina, Brazil, Uruguay, and Bolivia.

The chemical composition of mate has been well studied and several of the key components are known to play important roles in normal human physiology, according to Dr. Kabir Biswas, Assistant Professor at the College of Health and Life Sciences (CHLS), Hamad Bin Khalifa University (HBKU). Mate largely consists of carbohydrates (81%), proteins (4%), and fats (1%), in addition to other nutrients. However, the key components that provide its beneficial effects include a variety of secondary metabolites such as purine alkaloids, polyphenols, terpenes, minerals, and vitamins, several of which are shared by other drinks such as regular black tea.

These include chlorogenic acid as the dominant polyphenol, a class of compounds known to provide several health benefits including its antioxidative property. Mate takes its bitter taste from the chemical saponin, and includes major minerals like potassium, calcium, magnesium, and phosphorus, and vitamins C, B1, B2, and B6.

One of the primary reasons behind the increasing popularity of mate is its stimulating effect, which was known to the indigenous South American people who first consumed the drink. This stimulating effect can be largely attributed to the presence of water-soluble caffeine, known to relieve mental and physical fatigue, enhance memory, improve mental concentration, reaction time, and alertness, through its action on the cerebral cortex in the brain. Specifically, it blocks the binding of adenosine to its receptor, leading to enhanced release of acetylcholine, a neurotransmitter active in several sites in the central nervous system, in addition to the neuromuscular junctions.

Caffeine is also known to stimulate the heart and muscles and enhance metabolism and oxygen uptake. Those in turn lead to various metabolic effects including satiety, loss of energy in the form of heat (thermogenesis), and the breakdown of fat (oxidation).

However, as Dr. Biswas points out: “It’s important to know that the final chemical composition of mate (and any such drinks, for that matter) may vary depending on the method of processing the harvested leaves and stems and preparation. Preparing the drink after the repeated addition of water could result in a higher concentration of caffeine (up to 260 mg per serving), which may lead to negative impacts. However, consumption of regularly prepared mate has been suggested to provide the stimulating effect without causing nervousness, as coffee consumption might induce in some cases.”

Antioxidant effect and other benefits

The antioxidant effect of drinking mate could be ascribed to the presence of various polyphenolic compounds, with effects similar to that of synthetic antioxidants such as butylhydroxytoluene (BHT) or green tea extracts. The antioxidative effect has also been suggested to show cardioprotective effects by inhibiting lipid peroxidation and delaying the progression of atherosclerosis (thickening of arteries) and promoting vascular relaxation. 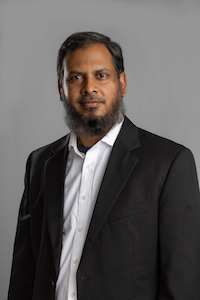 Mate has been suggested to positively impact weight reduction and aid in obesity management, through increased metabolism, fat oxidation, and energy expenditure caused by chemicals such as methylxanthines. Similarly, it can have antidiabetic effects by directly decreasing blood glucose and protein glycation levels or alleviating vascular complications associated with diabetes.

While mate is currently gaining attention across the world, the availability of several alternative sports and energy drinks that are a popular source of quick energy and refreshment, raises the question of how mate compares with them. As indicated above, mate provides all the benefits of caffeine without the nervousness. Overall, its potential health benefits also go beyond the stimulating effect.

Comparing mate to other energy drinks

Energy drinks typically contain significantly high amounts of caffeine (up to 200 mg per container or serving) and sugar, in addition to other constituents such as vitamins, taurine, carnitine, or other amino acids. They may also contain other sources of caffeine such as ginseng and guarana. While energy drinks have gained tremendous popularity, consumption comes with certain health concerns. For example, the high levels of caffeine can cause nervousness, anxiety, hyperactivity, insomnia, and increased heart rate, in addition to other severe health effects. Further, the high levels of sugar exceed the recommended daily allowance, especially for patients suffering from diabetes and can, in fact, contribute to an elevated risk for developing type 2 diabetes, especially in sedentary individuals with low physical activity. These ill health effects are typically not associated with mate, therefore, making it a preferred choice of many.

Caffeine and our genetics

Another question related to mate, or any other energy drink, is the impact of genetic variation seen in human populations. As indicated, each of the health benefits of mate results from a certain chemical component such as caffeine or the polyphenols present in the drink. These, in turn, bring about their effects typically through the activity of specific proteins, which are the products of our genes. Genetic variations or mutations involved in metabolizing chemical components of mate can potentially make the drink ineffective.

When it comes to understanding genetic variations, CHLS leads the way in high-quality, actionable research that also capitalizes on Qatar’s increasing accessibility to genomic technologies which provide a wealth of data to potentially assess health risks. An interesting area of work at CHLS is the study of human genetic variations using different computational and experimental techniques for understanding the mechanism of an underlying disease, which clinicians can use to analyze and interpret genetic variations and then translate the data into advice for patients.

As for mate, its benefits can be enjoyed by anyone, not only elite athletes like Messi and Neymar who must focus on maintaining optimal performance.

“Overall, it appears that mate is an excellent alternative to other energy drinks. However, it should be consumed in moderation. Also, it would be wise to consult a physician before starting to drink mate, especially for anyone with chronic disease conditions,” Dr. Biswas concludes.

*Dr. Kabir H. Biswas is Assistant Professor at CHLS, HBKU. His research is aimed at developing experimental platforms to enable fundamental understanding, and diagnostics and therapeutic intervention in the realm of human health and disease.