Beginning in late 2019, the COVID-19 pandemic triggered by the SARS-CoV-2 virus has substantially impacted humanity by causing about 200 million infections leading to more than 4 million deaths, not to mention an estimated $4 trillion in economic losses (https://unctad.org/news/global-economy-could-lose-over-4-trillion-due-covid-19-impact-tourism) globally.

In addition to these direct and immediate impacts, there are also long-term repercussions. COVID-19 affects the health of infected and recovered individuals, especially those who have had severe symptoms and may also cause mental health issues in some due to the social restrictions imposed to reduce the spread of infections.

This situation is made worse by the evolution of the parental SARS-CoV-2 into variants that possess increased infection potential and severe disease outcomes causing newer waves of infection and deaths and the imposition of COVID-19-related restrictions. Overall, these have tremendously impacted the global healthcare system and, therefore, there have been extensive efforts by the scientific community around the world to come up with solutions to deal with the pandemic.

One of the most anticipated solutions to the COVID-19 problem is the development of vaccines that protect us against the disease. Indeed, several vaccines, developed using both traditional methods such as those that contain either an attenuated virus or viral proteins as well as the novel method of using mRNA that expresses the viral protein, have been available since late last year. 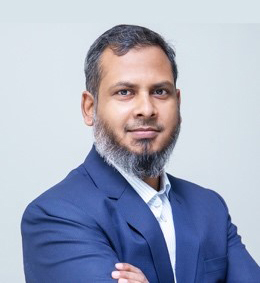 These vaccines showed very high levels of protection, albeit with some variations, against COVID-19 in clinical trials. Subsequent studies have now revealed that these also protect against SARS-CoV-2 variants, including the Delta variant. However, an issue faced by a number of countries is the availability of a sufficient number of doses, that is the quantity of the vaccine to administer to the population.

This has been suggested as being largely due to the limited production capabilities as well as making them available at clinics. Therefore, some countries adopted a policy to delay the second dose of the vaccine in order to vaccinate a greater portion of that country’s population. This has raised some concerns about the effectiveness of the vaccines in protecting against the disease.

In order to address this issue, one needs to understand how vaccines work. Mimicking actual viruses, vaccines activate the immune system in our body that results in the production of the so-called ‘memory’ T and B lymphocytes/cells. While different vaccines may elicit the response through a specific mechanism, the generation of the immune cells is what keeps an individual safe from the disease when the virus or any other pathogen infects him/her.

The development of the immune response towards a vaccine, including the mRNA-based ones as shown in a recent publication from Qatar, typically takes about two weeks. Additionally, this time to achieve immunity may vary between vaccines given the differences in the way they activate the immune system i.e. the mechanism. Furthermore, following the initial immune response after the first dose (primary dose), many vaccines require a second exposure/shot (booster dose) for the development of a stable supply of memory immune cells for prolonged protection against the disease.

For instance, both mRNA-based Pfizer-BioNTech and Moderna vaccines and the Oxford-AstraZeneca’s vaccine require two shots while the Johnson & Johnson vaccine requires only one dose. As it turns out, a balance between the time required for the immune system to respond to the vaccine and the development of immunological memory, i.e., generation of the memory T and B cells, is essential for the development of persistence of the memory cell for prolonged protection against the disease. In case the immune system reacts too rapidly then there will be little time for the development of the immunological memory.

Coming back to the question of the timing of the doses of vaccines that require two doses, it is necessary for us to realize that there is limited data available other than the currently available phase III trial data. For example, a single dose of the Pfizer-BioNTech vaccine provided 52% protection against COVID-19 while a second dose administered after three weeks increased the protection to 95%.

Indeed, a very recent study  by a group of scientists from the University of Oxford including the Oxford COVID Vaccine Group indicates that a second dose of the Oxford-AstraZeneca vaccine after 10 months leads to the highest antibody presence, which is an indicator of protection provided by the vaccine with a caveat that the minimum amount or concentration of the antibodies required for developing protection against COVID-19 is not yet known.

However, such analysis and numbers regarding time periods or delays are not available for other vaccines, largely due to the limited amount of time that the vaccines have been around. These may become apparent with more studies undertaken in the future. It is also abundantly clear that even a single dose of these vaccines provides significant protection against COVID-19, although some experts in the area suggest that a second dose of the vaccines is required for the development of a robust immune response and memory.

Additionally, researchers have found significantly higher antibody levels and T-cell response after a third dose of the Oxford-AstraZeneca vaccine as compared to the second dose. This is specifically important since a third dose of the vaccine resulted in higher antibody production after the third dose compared to the second against the Alpha (B.1.1.7), the Beta (B.1.351), and the Delta (B.1.617.2) variants of SARS-CoV-2.

Dr. Kabir H Biswas is an Assistant Professor at the College of Health and Life Sciences at Hamad Bin Khalifa University
This article is submitted on behalf of the author by the HBKU Communications Directorate. The views expressed are the author’s own and do not necessarily reflect the University’s official stance.