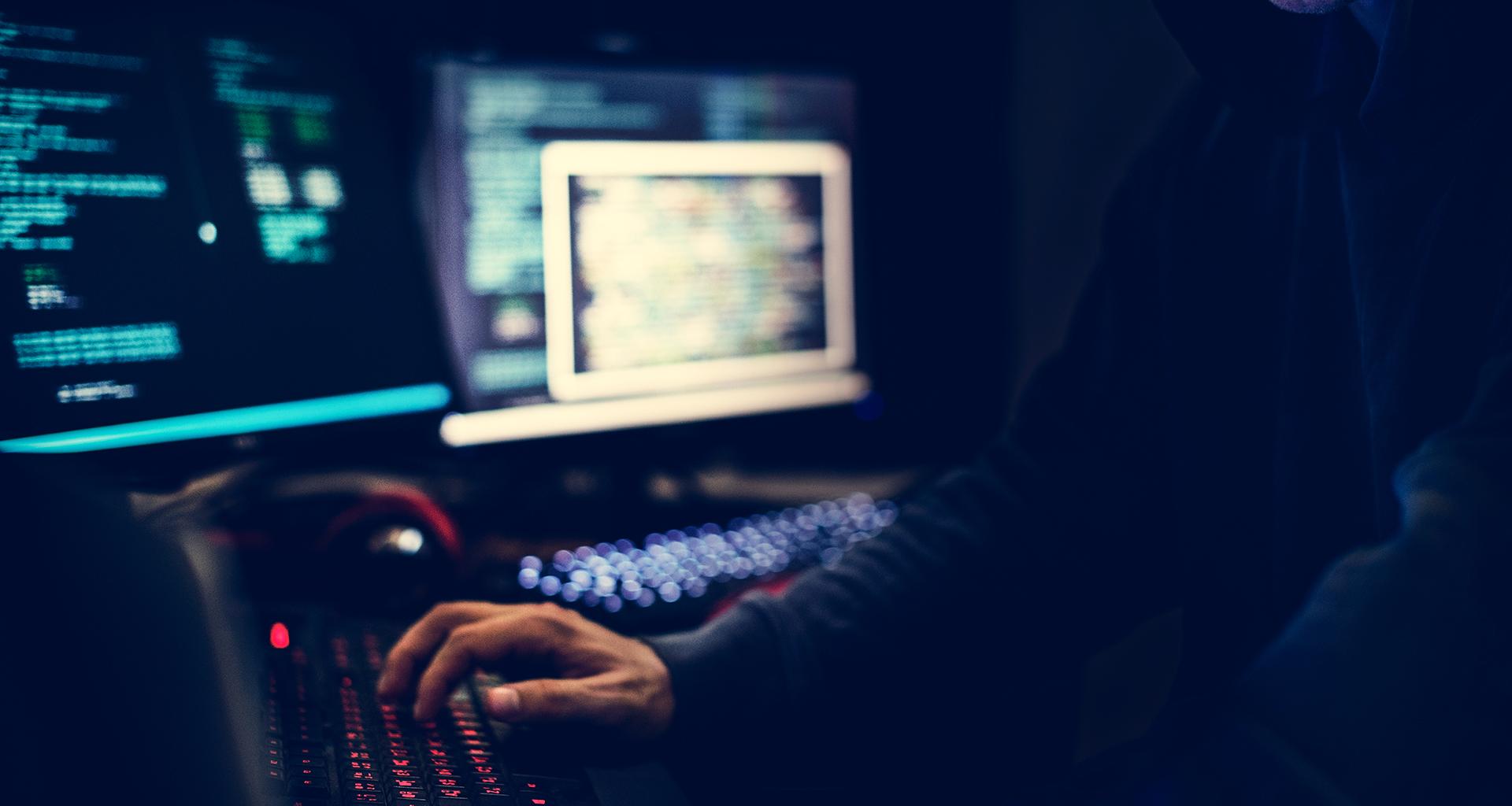 Rapid advances in technology have resulted in substantial improvements to the daily lives of many. Thanks to electronic devices, vast sums of information are available in the palm of one’s hand. Advances in wireless networks have made communicating, both within a country and across borders, seamless and relatively inexpensive. New ways of storing data through the cloud have eliminated the need for costly, land-based warehouses.

These life-improving innovations are, however, not without risk. A simple hack into a system to create false data, or to steal or manipulate existing data, could lead to the downfall of a business or even an entire industry, and have serious adverse consequences for the lives of individuals whose data was affected. The hijacking of one system to control other systems, such as critical infrastructure, could put a nation at risk.

The ability to create and maintain a secure cyber system is one of today’s biggest challenges. The State of Qatar, with its commitment to high quality education in areas of innovation and its dedication to evidence-based approaches to problems, can play a key role in decision-making and policy development in cybersecurity, both domestically and at the international level.

It is in this spirit that Hamad Bin Khalifa University (HBKU) is proud to be hosting the Qatar International Cybersecurity Contest, to be held from October 1-3, 2019. The contest, during which five of HBKU’s colleges will host separate activities, seeks to increase awareness of the need for cybersecurity and identify tools for its enhancement. In particular, students, researchers, and experts from around the world will gather in Doha. In doing so, participants will discuss trending topics and emerging cybersecurity threats and help devise preventive measures and realistic solutions.

The contest aligns perfectly with the Qatar National Cybersecurity Strategy, which is part of Qatar National Vision 2030 and aims to enhance cybersecurity in Qatar by establishing and maintaining a secure cyberspace to safeguard national interests, and preserve the fundamental rights and values of Qatar’s society.

The contest seeks to reinforce and enhance the leading role of Qatar in understanding and strengthening cybersecurity through international and local networking and by drawing on relevant expertise.

The event will help to further narrow the gap between research in academia and industrial applications by nurturing breakthrough ideas and fostering innovative thinking.

The contest aims to enhance awareness of cybersecurity issues and provide a unique opportunity to bring together expertise from both industry and academia to discuss cybersecurity threats that will affect people’s safety and shape the future deployment of cybersecurity solutions in Qatar.

By encouraging a collaborative, interdisciplinary effort, the event will attract people from different backgrounds and bring added value to the event. It will encourage interaction and the sharing of best practices to advance cybersecurity both locally and globally.

The contest aims to increase cybersecurity awareness by bringing together people and expertise from different backgrounds.

Participants will be involved in three days of intense interaction that could pave the way for future innovation. Topics could include addressing existing vulnerabilities, discussing upcoming threats, and nurturing the seeds for sustainable technological development.

Given the strong collaboration and motivation expected from both academic and industrial partners attending the contest, the event can become a reference model in the region and worldwide.

Qatar can become one of the first countries to adopt many of the envisaged solutions that will result from the collaborations and initiatives emerging from the event.

The contest represents a unique opportunity for this diverse group of experts in the field and students to join forces with the aim of achieving a common goal.

The fact that people from all over the world will participate in the event will raise the reputation of Qatar globally.

Five HBKU colleges will play an active role in the event, and will host the following contests.

The College of Islamic Studies (CIS) will stage the Empower Cyber-Akhlaq Competition, which takes a look at cyberspace through the lens of ethics and morality.

This student competition invites applicants to produce a video that aspires to raise awareness of the ethical dimension of cyberspace and cybersecurity. Applicants are encouraged to share a story, narration, or any other creative endeavor that illustrates the role and importance of non-technical dimensions, such as ethics, education, and security, and the need for a ‘moral compass’, in tackling challenges emanating from cyberspace.

Fake news, misinformation, and disinformation have become defining aspects of the information climate in the 21st century. While such phenomena have existed for centuries, the rise of social and digital media has sparked a debate about the relevance of fake news as an emergent cybersecurity threat. Fake news and disinformation has been at the forefront of foreign interference and private sector manipulation of state politics. The revelations about Cambridge Analytica and other actors is most likely the tip of a much larger iceberg.

Like all security threats, fake news and its deployment is constantly evolving, requiring cutting-edge and adaptive solutions. The Digital Humanities team at CHSS is exploring and tackling such phenomena from a holistic and global perspective.

The College of Science and Engineering (CSE) will organize the Qatar International Hacking Contest (QINETHIC).

Participants will have the opportunity to propose four devices: two for critical infrastructure and two for healthcare. The organizers will have the responsibility of evaluating the proposed devices and provide feedback. All of the approved devices will be purchased specifically for the event.

QINETHIC will consist of morning and afternoon sessions for each of the first two days. The first day will be dedicated to critical infrastructure, while the second day will be dedicated to healthcare devices. All the devices approved by the organizers will be made available to the groups during the sessions. The goal of the contest is to find as many vulnerabilities as possible: each team can set in place whatever tool and software they choose to hack the devices.

The College of Law (CL) will host a Cybersecurity Moot Competition.

Participants from eight law schools from around the world will present an oral argument in a simulated court proceeding before the International Court of Justice (ICJ), the principal judicial organ of the United Nations.

The hypothetical problem will involve cyber attacks on State A, carried out by an entity with very close ties to State B, and possibly affiliated with State C. The attacks, launched from private computers located on State B’s soil, consist of ransomware targeting citizens and critical infrastructure (airports, ports, rail, etc.) and healthcare-related facilities of State A, as well as cyber espionage of State A’s national security services.

The College of Health and Life Sciences will host a competition to raise awareness about the importance of securing genetic data.

Selected teams  will represent their universities while two non-academic teams will compete for their companies, each consisting of three members. Travel and housing expenses will be covered for all contestants.

For this competition, the primary CHLS faculty will be genotyped using the IIllumina Infinium Global Screening Array-24. The genotype data will be de-identified and provided to the contestants after encryption.

The competing teams will have to identify the genome associated with each faculty member by comparing genetic data to the faculties’ biography available on the college’s webpage. Additional information about the country of origin of faculty members will be provided. Each team will have access to one GPU-based machine for data decryption and two CPU-based machines for genotype analysis.

Competing teams will receive the encrypted data on the first day of the contest. They will have to decrypt (unlock) the data and then match the genotype to the right person. Teams will be ranked based on the number of correct matches provided.

Several talks and workshops will be held during the three days of the contest and are open to the public to attend. The list below provides more details on the activities during QICC.