As Qatar ramps up its vaccination of children in the 12-15-years-old age group, experts from CHLS weigh in on the topic

More than a year into the pandemic, the medical community is still confronted with the unknown. Despite the global community’s undisputed need to quell COVID-19, open-ended questions remain on vaccine efficacy and safety within specific age groups. Vaccines against COVID-19 are safe and highly effective and the American Academy of Pediatrics strongly recommends vaccination of children and adults as early as possible to stop the pandemic, especially with the rise in variant forms of the virus that are more potent.

While the evidence is clear that the disease is less severe in children than in adults, there are cases where some children have extreme complications leading to death or long-lasting symptoms that deprive them of their well-being. Children who have contracted COVID-19 can develop a so-called multisystem inflammatory syndrome - a serious condition that affects different epithelia and organs such as the heart, lung, kidney, digestive tract, brain, skin, eyes, and capillaries. Without early diagnosis and treatment, the multisystem inflammatory syndrome can permanently damage the function of affected organs, leading to death.

Yet, the incidence of COVID-19 transmission in children is not known due to lack of extensive testing in this category of the global population. In the United States, a higher proportion of Latinx and African-American children have been diagnosed with multisystem inflammatory syndrome, suggesting that genetics and differences in access to health information and care can also constitute risk factors.

There is a need to have children vaccinated as they, too, can transmit the virus even though they have no apparent symptoms. Several factors can account for the lower vulnerability of children to developing severe COVID-19 symptoms. These include differences in immunity and in microbiota, more frequent recurrent infections, higher levels of melatonin, and possible protective off-target effects of other vaccines. The COVID-19 vaccine is therefore an important step toward preventing children from spreading the virus to family members, friends, and to those who are vulnerable. 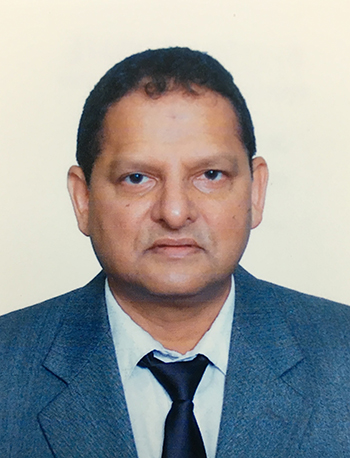 Thus, vaccination is an essential step to slow down the spread of the virus, protect the community at large, and prevent the virus from mutating to variants that could resist current and future vaccines.

The U.S. Food and Drug Administration and the Centers for Disease Control have approved children and adolescents, aged 12 to 15, to receive the Pfizer-BioNTech vaccine. This vaccine, like that of Moderna, utilizes state-of-the-art RNA-based technologies. While this is the first time this vaccination technology is used at a large scale worldwide, it has proven to be remarkably safe and efficient. Pfizer-BioNTech and Moderna vaccines require two doses and in general people are considered fully vaccinated and protected against the virus two weeks after the second dose.

So far, no vaccine has been assigned to infants as young as six months as the clinical trials are still ongoing and the results will not be known until the last quarter of this year. Such trials are imperatively needed because children under 12 years do not respond to immunizations as adults and adolescents do. It is hoped that the trial will uncover a good rate of vaccine efficacy, which will trigger a robust immune response in children. Both these parameters are necessary before the vaccine is considered for the immunization of children. So far, vaccines by other manufacturers have not been approved as yet for children until safety trials are completed.

Thus, it is too early to recommend whether one manufacturer’s vaccine would be more efficacious than the other.

It is the medical and scientific community’s recommendation that children receive the vaccine to curtail the pandemic by preventing the propagation of natural and variant forms of the virus. Such an approach will add to global efforts in thwarting the pandemic and ensuring its final resolution.

Dr. Fadel Tissir and Dr. Dindial Ramotar are professors at the College of Health and Life Sciences, part of Hamad Bin Khalifa University.