The Paradigms and Imperatives of Public Policy in the Arab World

Public policy is at the fulcrum of academic disciplines set to be most in demand in the next decade. But do we know enough about it in our region?

When we speak of public policy in the Arab World, many would have heard of this branch of learning, yet perhaps fewer would be able to associate with it.

But this trend is quickly changing as nations worldwide become increasingly aware of the service policy pays at the micro and macro levels. The field, which is gaining traction in the global pursuit towards peace and prosperity, is critical for governments not only looking to align with their moral compass, but also implement workable and comprehensive frameworks for the betterment of their societies.

For students enrolled at the College of Public Policy, practice and theory in this field are seamlessly connected. “The most important factor to consider when designing and implementing various policies are ethical values for public service,” says Noureddine Radouai, a student of the Master of Public Policy program at HBKU. “When public officials understand that their role is to serve everyone in society -- not themselves, not their groups -- humanity will be better off. Public servants must become role models in adopting altruistic mechanisms that aid fellow nationals.”

Ethical values are critical to successful policy development as they form the foundational principles of any governance model. “Policymakers should keep many attitudes in mind when implementing policies, including maintaining moral standards, ensuring transparency, fairness, and accountability. These are central to proper policy formulation and should never be seen as separate,” says Asma Al-Fori, another enrollee of the Master of Public Policy program.

The Arab Model: Where are the Gaps? 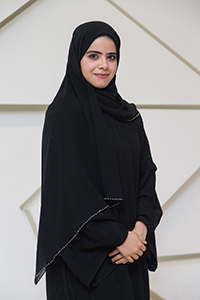 The Arab World, though more conveniently and frequently construed as one, in reality, carries a plethora of different identities and governance models. One nation’s successes, or shortcomings, are not likely to mirror the others’. For CPP students, identifying the Arab World as a perfectly homogenous entity is a mistake.

“Each Arab country has its own socio-economic characteristics, which create different challenges in each state, thus requiring different sets of policies,” says Radouai. “But we can generally observe that issues of good governance, sustainability, and economic development tend to be relatively recurring. In the Gulf region, states are working towards the post-carbon era and ways through which they can maintain prosperity for future generations without relying on energy revenues. Other Arab countries have other priorities -- such as poverty alleviation and social-political reconciliation -- which can be quite different.”

For Al-Fori, anti-corruption regulation is imperative as policymakers should not rely on societies being intrinsically ethical or lawful. “The ill effects of corruption tend to be manifold. It damages competitive markets and leads to the misallocation of resources. More importantly, corruption undermines the rule of law, the efficacy of state institutions, as well as trust in politicians, public servants, and business leaders.”

A poorly understood aspect of this field in the Arab World is the assumptive understanding that it is synonymous with political science or law. “Though seemingly identical, the two fields are far apart. Public policy is an applied interdisciplinary science that utilizes tools from political science, but should never be regarded as a subset of this field,” says Al-Fori. The same is true of law – policy requires law to be implemented, but is bigger than legal instruments alone. 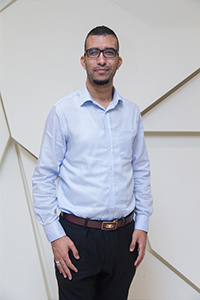 For Radouai, public policy is not a field that is only reliant on numbers. “In reality, and although we use positive facts, ethical values and even myths influence the policy-making process. Policies are frequently a by-product of interactions in society, with one chief goal, which is public interest. This value identifies policymakers and distinguishes them from politicians, who may have other objectives in mind besides public interest,” he says.

Change, from a policy-making perspective, is inevitable for nations looking to remodel and reshape their current practices, which leads to a natural demand for public policy professionals.

“States are starting to understand that traditional ways to deal with public challenges are no longer effective. New approaches are now required, and this is what public policy is offering in the Middle East,” explains Radouai.